The Erasmus Student Network was established on 16 October 1989 in Ghent, Belgium. ESN is represented by 528 local sections from 40 European countries. Currently, there are 33 local ESN sections in Poland, whose volunteers help about 11 thousand foreign students coming to our country every year.

The first ESN section in Poland was established in May 1994 at SGH Warsaw School of Economics – ESN Warsaw. At that time Poland became a full member of ESN and already then had a National Representative, despite having only Tempus membership (an EU aid programme aimed at supporting cooperation between universities from EU countries and partner countries), and not Erasmus. In 1995, two new sections were established in Poland, i.e. ESN Łódź and ESN Kraków.

Subsequent local sections were established gradually – in 1998 (ESN at the Medical Academy in Warsaw) and 2001 (ESN SGH in Warsaw, ESN Gdańsk at the Gdańsk University of Technology, and ESN UJ at the Jagiellonian University). It was also then that the idea of nationwide cooperation between local sections was born. The initiators of the idea were Artur Orłowski (President of the ESN SGH Warsaw section) and Michał Zasada (President of the ESN Gdańsk section). The first nationwide meeting of the ESN (National Platform) section took place in Gdańsk on 09.05.2003-11.05.2003 – since then the NP has been held twice a year.

During the NP Gdańsk 2003, the first nationwide projects were also established. They were:

Tandem was another idea of ESN SGH Warsaw. Tandem is by definition a platform for the exchange of information on people willing to take part in language exchange.

The first Section Presidents’ Meeting (PM) was held in December 2005. Moreover, on 13th December this year ESN Poland Association was officially registered. Since then, the Association has been undertaking new projects, which are also appreciated at the international level. The first Polish initiative, which in 2010 was selected by The Council of National Representatives (CNR) in Warsaw for an international project, was the SocialErasmus project presented in May 2008 in Katowice. Its authors were Justyna Adamiec (ESN UJ) and Magdalena Pawełczyk (ESN UŁ). Another example of ESN Poland activity can be the ESNOLYMPICS sports competition project (currently National Erasmus Games), which already in 2013 was held at the international level. 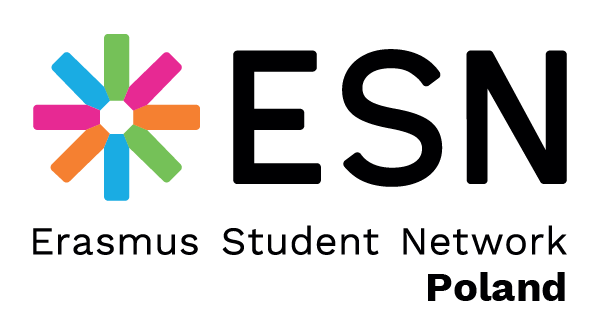